Leila Hamdan is an Associate Professor at University of Southern Mississippi in the School of Ocean Science and Technology. Leila’s research focuses on microbial biogeography on continental margins and the impact of hydrocarbons and chemical dispersants on the structure and function microbial communities in marine and estuarine environments. Leila is one of the study’s Principal Investigators and Chief Scientist on all field expeditions.

Melanie is a Marine Archaeologist and the Environmental Studies Coordinator for the Bureau of Ocean Energy Management’s Gulf of Mexico OCS Region office in New Orleans, LA. Melanie earned Bachelor of Science and Master of Arts degrees in Anthropology, focusing on marine archaeology, from the Florida State University. With more than 16 years of experience, she has participated in or led marine archaeology projects throughout the Gulf of Mexico, Florida, Louisiana, North Carolina, Guatemala, and Panama. She has worked on submerged archaeological sites ranging from drowned prehistoric sites in Florida’s rivers to shipwrecks in thousands of feet of water in the Gulf. Melanie’s interests include maritime history, remote sensing, site formation processes, and the application of 3D laser scanning technology for long-term monitoring purposes. 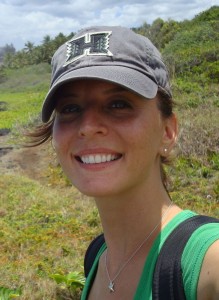 Dr. Jennifer Salerno is a marine microbial ecologist interested in microbial-animal associations and the role that microbes play in maintaining and destabilizing organismal and environmental health. She obtained a Ph.D. from the University of Hawaii where she studied the biogeography of bacterial communities associated with reef-building corals and how these communities respond to environmental change. Her Masters thesis research focused on the transmission and nutritional contribution of bacterial symbionts in deep-sea bivalves. Her current studies focus on the impacts of hydrocarbons and chemical dispersants on the structure and function of deep-sea coral and shipwreck microbial communities. She is also interested in science communication and the intersection of science and policy. She previously worked on coastal and ocean issues in the U.S. House of Representatives as a NOAA Knauss Legislative Fellow.

Chris Horrell is the Federal Preservation Officer for the Bureau of Safety and Environmental Enforcement. Chris received a B.A. in Anthropology and History from Texas State University at San Marcos, a M.A. in Anthropology from the University of Texas at San Antonio, and a Ph.D. in Anthropology from Florida State University. Over the last 15 years, Chris has worked on numerous underwater projects in coastal areas, rivers, and sites in shallow and extreme depths. He has been the lead in a number of studies and volunteered in Panama helping to search for the remains of Henry Morgan’s Flagship, Satisfaction. Most recently, he traveled to Colombia to work with their Government in an effort to document their submerged cultural heritage. His expertise ranges from 16th century Spanish Colonialism to World War II and he has completed numerous publications and presentations.

Rob Church is the senior marine archaeologist for C & C Technologies, Inc. in Lafayette, LA. Rob has a Masters of Arts degree in Maritime History and Nautical Archaeology from East Carolina University and a Bachelors of Arts degree in History with a minor in Biology from the University of Arkansas at Little Rock. He has conducted over 45 deepwater field investigations using ROVs for archaeology, geology, and marine hazard surveys. These include the discovery and/or initial archaeological investigation of numerous deepwater shipwrecks such as the German U-boat, U-166; passenger freighter SS Robert E. Lee; tankers Gulfpenn and Halo; and the 19th century sailing vessels Viosca Knoll Wreck, Ewing Bank Wreck, and Mardi Gras Wreck, to name a few. Rob was the Chief Scientist and project manager for the Deep Wrecks Study (MMS 2007-015), and for the “Viosca Knoll Wreck” Project (MMS 2008-018) in 2006. In 2008, he was the Chief Scientist for the first shipwreck investigation cruise for the MMS Reefs, Rigs, and Wrecks Project: Lophelia/Shipwrecks II Study and has been the Principal Investigator or Co-Principal Investigator on numerous other archeological projects. On the current project, Rob is the Principal Investigator for the archaeological portion of the study.

“Scientific expeditions capture the passion and excitement of science and technology with engaging questions and experiments. All education should be this fun.”
Sheli Smith joined the PAST Foundation from a career in museums and maritime archaeology. Bringing her background in Anthropology and Museums to bear on educational reform, Sheli and her team of STEM coordinators work with schools across the nation building Transdisciplinary Problem-based learning programs or TPBL to insert engagement, relevance, and rigor into education, once again making learning fun.
Sheli began her anthropology studies at the University of Arizona and followed her passion for ships and communities at sea to the Nautical Archaeology program at Texas A&M and then on to University of Pennsylvania. Working in maritime museums Sheli was able to utilize her anthropology and research interests to build exhibits and programs that brought science and exploration to the public in engaging ways. Her research has taken her to all seven seas working on shipwrecks from the Arctic to the Falkland Islands and from the 16th century to the end of the Age of Sail. Sheli integrates her field research with educational programs, drawing faculty and students into the water, both physically and virtually as she continues to explore the world of ship construction and trade networks.

Dr. Lisa Fitzgerald is a Research Chemist in the Chemical Dynamics & Diagnostics Branch at the Naval Research Laboratory located in Washington, DC. She has a Ph.D. in Chemistry from the University of Nebraska-Lincoln. Lisa’s research focuses on bioenergy applications from prokaryotic systems. Lisa is one of the study PIs and will be overseeing corrosion studies and sediment property analysis.

Dan Warren is a Senior Marine Archaeologist and the Assistant Geosciences Manager at C & C Technologies, Inc’s Houston Office. He has worked as a professional archaeologist for over 20 years and is trained in both terrestrial and underwater archaeology, as well as material cultural analysis. Since 1998, he has been working at C & C Technologies interpreting high-resolution geophysical data for world-wide shipwreck investigations, oil and gas surveys, archaeological studies, search and recovery operations, and cable route studies. Dan was part of the archaeological team that located and identified the German submarine U-166 in the Gulf of Mexico during 2001. In 2002, Dan also verified the identities of the H.M.S. Ark Royal in the Mediterranean and the wreck of the steam yacht Anona in the Gulf of Mexico from AUV and ROV data. He was also the Principle Investigator for the 2003 archaeological investigations at the U-166 wreck site and for the ongoing Lophelia II Project’s shipwreck component. On the current project, Dan is the Co-Principle Investigator for the archaeological portion of the study.

Yoko Furukawa is a staff geologist at the Naval Research Laboratory, Marine Geosciences Division in Stennis Space Center, Mississippi, USA. She obtained her BS in Mineral Resources Engineering from Waseda University in Tokyo, and PhD in Geosciences from Penn State University. Yoko’s research focuses on sediment dynamics, surface chemistry and its effect on mineral and organic matter interaction in natural waters, and cohesive marine sediment diagenesis.

Lori Johnston is a microbial ecologist who has worked in various aspects of research and development for over 15 years, including extensive research in electrokinetics, microbial biofouling and rehabilitation methodologies. She has worked in all aspects of R & D, from conception, through the developmental process to commercialization. Lori has also been an active participant in deep ocean studies which include various shipwrecks such as RMS Titanic, DKM Bismarck, DKM U166, HMHS Britannic, seven wrecks in the Gulf of Mexico and five Mid Atlantic Ridge hydrothermal vent sites. 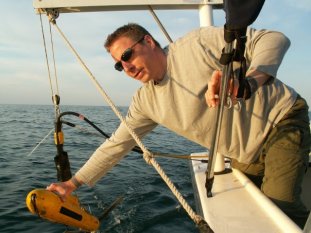 Brian Jordan is the Federal Preservation Officer and headquarters archaeologist for the Bureau of Ocean Energy Management (BOEM). Prior to joining BOEM, Brian was the assistant state underwater archaeologist for Maryland, working for the Maryland Historical Trust. In Maryland, he built up the remote-sensing and data processing capabilities of the Maryland Maritime Archaeology Program. Other government experience included building and overseeing the cultural and historical resources component of NOAA’s National Marine Protected Areas Center. In his career as a marine archaeologist, Brian has participated in and conducted marine archaeology surveys and excavations in numerous countries on four continents, including Turkey, Denmark, Portugal, and Morocco. He also worked with and advised institutes and government representatives of several countries on the survey, excavation, and management of submerged cultural resources. Past research focused on environmental factors affecting the preservation of wooden shipwrecks in the marine environment.

James Moore is a marine archaeologist in the Environmental Studies Program at the Bureau of Ocean Energy Management’s (BOEM’s) national headquarters and serves as the discipline contact for the agency’s studies pertaining to cultural resources. James is originally from Abingdon, VA and received his B.S. in marine science from Eckerd College in 2000, his M.A. in history from East Carolina University in 2003, and his Ph.D. in oceanography from the University of Rhode Island in 2011. He has participated in research expeditions in the Caribbean, Mediterranean, and Black Seas; the Gulf of Mexico; and the Atlantic. His research interests include the corrosion behavior of iron and steel shipwrecks, deep sea survey and mapping technology, and the maritime history of ships from the 19th and 20th centuries.

Ricky Ray holds a BS degree in Marine Biology from the University of Southern Mississippi in Hattiesburg, MS. He recently retired as a Physical Scientist at the Naval Research Laboratory, Stennis Space Center after 30+ years and now works for NVision Solutions Inc. He works in the field of microbiologically influenced corrosion and operates the environmental scanning electron microscopy facilities.

Roshan Patel is a graduate student in Montana State University’s MFA Program for Science and Natural History Filmmaking. Roshan received his BS in Biology from the College of William and Mary, and has spent several years developing media for scientists (primarily photography and video). He has created media for the Virginia Institute of Marine Sciences, NOAA, the National Environmental Education Foundation, and several other scientific organizations. His most recent film, Pride, examines the relationship between residents in western India and the last remaining population of wild Asiatic lions that live amongst them, and is currently making a circuit through international film festivals.